On August 1, 2007, the Department of Health & Human Services, Centers for Medicare & Medicaid Services (CMS), announced a series of changes to the hospital inpatient prospective payment system (IPPS). These included identifying seven hospital-acquired conditions that Medicare and Medicaid will no longer pay for. One of these conditions is pressure ulcers. This rule change will take effect beginning October, 2008.

These changes have been widely reported in the media and are expected to benefit Longport’s efforts in getting the Company’s EPISCAN I-200 ultrasound scanner accepted in hospitals for use in pressure ulcer prevention. In an announcement dated September 20, 2007, Paul Wilson, President of Longport, Inc. commented, “This rule change is forcing clinicians to put greater emphasis on pressure ulcer prevention in hospitals and is expected to open up major new opportunities for Longport’s EPISCAN ultrasound scanner. In this regard, the EPISCAN can help hospitals in two ways; it can determine if the patient has come into the hospital with a pre-existing condition such as deep tissue injury, and in circumstances where the injury originates in the hospital, it provides a means of earlier detection leading to prevention.”

On September 5, 2007, the Wall Street Journal posted an article stating “Hospitals Combat Dangerous Bedsores”.  This article explains how “Hospitals around the country are scrambling to put in place new programs to prevent pressure ulcers” as a result of the CMS rule change. The article identifies ultrasound as a new technique to help assess skin for underlying tissue damage. The articles goes on to state that 60,000 deaths occur annually as a result of hospital-acquired pressure ulcers and that 2.5 million people are treated each year with this condition. The annual cost of treating pressure ulcers is put as high as $11 billion annually in this article.

Longport has prepared a short handout explaining how its technology can impact pressure ulcers in hospitals. 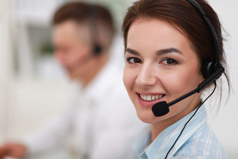